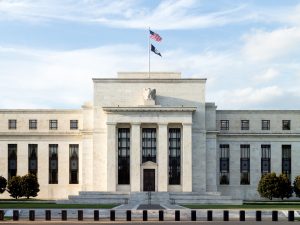 The hedge fund industry has taken quite a hit over the past year, leaving institutional investors fairly disappointed with ROI expectations. Preqin, the industry’s leading investment analytics company cited its 2015’s aggregate 2.02% return as the worst since 2011. Preqin further reported that 44% of fund managers reported failure to meet return objectives. The hedge fund industry is no lightweight; globally the industry accounts for over USD3 trillion assets under management. Poor hedge fund performance is a strong indicator of how unstable the overall financial system has become, even though the industry is not considered a market maker. Both large and boutique hedge funds that pursued single strategy objectives bore the brunt of poor performance. Hedge funds that focused on equity, macroeconomic, managed futures and relative value strategies had the most fund closures for last quarter 2015. Funds with multi-strategy, event-driven strategies and credit strategies had the best overall performance, and a larger number of fund launches. On a positive note, the entire industry saw an increased transfer of capital flows from family offices and high-net-worth individuals in 2015. Evidently, private wealth investors have waning confidence in public capital markets.

While performance and handling market volatility are key drivers for the overall 2016 hedge fund outlook, Preqin cites the number one concern among hedge fund managers to be transparency and risk management, with the need to adapt to new regulations. Hedge funds face conflicting tasks of handling increased costs of improved business infrastructure, while remaining cost competitive with investor fees, in the face of industry regulation. In October 2015 the Securities and Exchange Commission (SEC) found via spot checks that certain hedge fund managers were breaching fiduciary relationships with investors. Fund managers were found to be personally profiting from trades before executing trading strategies, while shrouding performance numbers in performance reports. The SEC has promised further compliance enforcement for private equity and alternative investment firms in 2016, and now mandates hedge funds to provide strict standard data upon registration with the SEC. All private equity funds and investment advisers must file Form ADV to provide fund size and organization structure with the SEC. Funds with at least USD150 million assets under management (AUM) must file an annual Form PF to update leverage, liquidity and investment criteria, and investment fees. The SEC posts all aggregate private equity data derived from reporting publicly, thus satisfying Section 404 of the Dodd-Frank Act’s financial and risk reporting requirements.

Historically, hedge funds needed to meet only Section 4(2) of the Securities Act of 1933 and specifically, the Regulation D safe harbor rules. Hedge funds need to especially adhere to Rule 502, which prohibited general advertising through media and meetings; Rule 505, which exempts offering registration of USD5 million or less, and requires no more than 35 non-accredited investors to be vested in the fund; Rule 506, which allows the hedge fund to offer an unlimited amount of interests to investors. In addition, hedge funds need to file a state-specific “blue sky” filing with the SEC 15 days from the date of an investment into the fund. Under SEC Rule 12(g-1) hedge funds did not have to submit frequent reporting if the fund had less than 500 accredited and non-accredited investors. Hedge funds have been very vigilant in following exemption requirements to avoid over reporting and registration.

Columbia Law School professors Wulf Kaal and Dale Osterle pinpoint why hedge funds have been subjected to further regulation in their blog article, The History of Hedge Fund Regulation in the United States. Long Term Capital Management’s 1998 failure put hedge funds at the forefront of regulation. Prior to LTCM’s bailout by the New York Federal Reserve Bank, hedge funds were not considered as main influencers of systematic risk. However, the SEC began inquiries to regulate transparency and quantify reporting data in the alternative asset management industry. Kaal and Osterle cite the SEC’s failure to achieve all hedge fund registration in 2006’s Goldstein v. SEC case, by which hedge funds were able to deregister and return to the original registration exemptions under the Securities Act of 1933. However, as Kaal and Osterle explain, Title IV of the Dodd-Frank Act finally allowed the SEC to enforce stricture hedge fund regulation, and mandated that the SEC create and enforce rules requiring investment advisors, private equity and asset management firms to complete registration and annual data reporting. Data must include planned strategy disclosure; all risk analytics, credit limits, fund manager positions, and leverage figures must be included as quantifiable metrics.

Fund managers will have a veritable balancing act for the entire fiscal 2016 with continued regulation, and a call for further transparency within the extremely performance driven alternative asset management industry. While hedge funds may not be systematic drivers of the global financial economy in comparison to big banks, the industry’s USD3.2 trillion size is no laughing matter. In addition, sovereign wealth funds are significant players in funding emerging market debt, as we have seen recently with Argentina’s bond debt settlements. While continued regulation is necessary for transparency, fund managers need to have adequate reign in focusing on fund performance, especially in such a volatile macroeconomic system. Fund managers have taken it upon themselves to focus on risk and transparency. Thus, we expect that current data reporting based on Title IV of the Dodd-Frank Act continue with no additional punitive requirements, so as to give hedge funds room for performance improvement in 2016.

The American economic map is going to be redrawn by American citizens in the coming months and years. The way governors and mayors handled the COVID-19 crisis, as well as the way they ran their cities/states for years before COVID-19, led to millions of Americans to re-think where they choose to live. Most headlines about […]

Have the socialists set out to destroy your family?

Under a socialist agenda, the family unit is drastically at stake as the socialists are seeking to break up families over time and create more single people who are reliant on the government for assistance. There are numerous ways that they work to facilitate this. Whether it’s controlling your access to wealth, making you reliant […]

3 Financial Rules That You Can Never Break

Everyone wants to be an investor nowadays, but not everyone can do it right. Too many people are under the false impression that you just put money in and BANG millions come back out. This train of thought is laughable. If investing was that easy…everyone in the world would be crazy wealthy right now. Investment […]